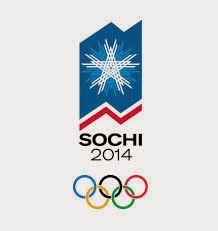 I Will Not Be Boycotting the Olympics

There has been a lot of grousing on the interwebs about the Sochi Olympics and how homophobic the Russians are; the fact that the village isn’t completed, or there may be tens of billions of dollars in graft and corruption. Several of my friends and people whose blogs I read are talking about boycotting Sochi.
I don’t get this.
How is any of that relevant to how hard the athletes have trained? They have devoted their lives to getting ready for the next Olympics. We can debate how important sports are. Or if there is any value in watching sports, but how does boycotting Sochi have anything to do with the events that are televised? The TV rights are bought and paid for. The tickets are already sold for the events. I have never spent a dime on anything related to the Olympics, and I don’t plan to now. About the only thing I can think of is that some Neilson rating number will get an infinitesimally small blip from me watching a televised event.
The Events themselves are often amazing. The athletes are a joy to watch. Their skill, honed through thousands of hours of practice and sacrifice, is a thing of beauty. And most of them are not getting paid for this and had to scrimp and save just to be able to barely get there. They want us to watch them. Many of them have prepared for this moment for their entire lives.
I don’t have to agree with anything the Russians are doing or have done to prepare for this in order to support the athletes. If you want to take the International Olympic Committee to task, or the Russian government, then more power to you. But the athletes aren’t responsible for any of it.

I’ll be watching as much as I can. Not just the athletes of our country, but all the countries. I do get a thrill from watching USA win, but the spirit of the competition and the devotion of these athletes is worthy of our admiration, no matter where they are from.