It’s not like I haven’t heard the advice to create a strong antagonist to make for a strong contrast and conflict for your protagonist. But so far, my first four novels haven’t had much of an active antagonist. They have been more of an agency or an off-screen mover behind the scenes, or simply the situation itself. I can see where that might be part of my issue with trying to sell the stories. I have yet to develop a story with a classic antagonist.

I have even made plans for a mystery series, and don’t have any ideas about antagonists for that really, other than the overarching plotline, but even that one is off-screen for the entire series of books.

I’m trying to beef up the antagonist in my current WIP, and he continues to get stronger. I think this story is very close to finished and it has been a long haul getting here. Three major rewrites, multiple POV changes, from third to first and back to third, a gender swap for nearly every character. All these things informed the story and made it better.

But it seems my mind tends to find stories that don’t have a classical bad guy. Most of the ideas I get are hero vs environment. I’m not sure why that is.

How do you start your stories? Do you outline? Doing this intentionally by plotting it out in advance is probably easier. What do you think?

2 thoughts on “What is the Flavor of Your Antagonist?” 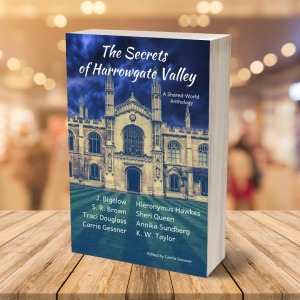