Throwback Thursday – It’s much easier to edit someone else’s work!

This from Feb 18, 2011. Stacy has published several books now. She has done very well. We haven't worked together since I started my Master's program. I was simply too busy to work on other stuff, but we have kept in contact. I'm very proud of her and a little bit jealous. I need to get busy and knock out a few more novels! Natalie Whipple has written a lot of books as well and her blog is still going. 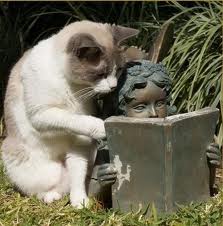 This week I had something nice happen. I connected with a new writing partner! I'm very excited about it. She is a little farther along in the writer metamorphosis, she has two novels completed already, but has agreed to work with me. We shared some of our chapters and did line edits for each other and it was very eye-opening. I met her over on Natalie Whipple's blog: http://betweenfactandfiction.blogspot.com/ She set up a Writing Buddy matching thing, which seems to have really taken off and is no longer on her sight. I feel very fortunate to have wandered over there at the right time. I learned that it is much easier to edit someone else's work than your own. This is likely for at least two reasons I can think of off the top of my head. First, it is material you aren't familiar with. I can tell you my first chapter has been edited so many times I've lost count. I've rearranged it half a dozen times also. I'm intimately familiar with the story, so much so that I have a hard time seeing it clearly now. It really pays to have a fresh set of eyes on it. The second reason it a little more esoteric. It's not my story, and I have nothing emotionally invested in it. I haven't spent 3 years toiling over it and stroking it and coaxing it to life. I can see sentences and structure and see things that are slightly confusing because I don't know what the writer had in mind when they created it. As the creator you know the entire story of every character, at least as far as you care to. You know what they are thinking when you're in their head, but the reader only sees the words and sometimes as writers we can get a little lost in there. It helps to have someone able to show us where the dots aren't connecting properly. I hope you have a writing buddy, if you don't I am highly encouraging you to get one. We've just started working together and I am already reaping the rewards of that contact. Good luck in your writing! Clear Ether! Read More

Throwback Thursday – What’s in a name? 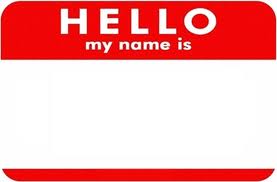 This originally posted Jan 28, 2011. I still believe it. Words are magic. They allow the writer to talk to the reader telepathically, from anywhere in time to whenever they pick up the book. And names create an image, whether it might be the name of a business or a new gadget or a person you just met. It shapes your perception, maybe a little and maybe a lot.

I have a question for you writer’s and aspiring writers out there…do names matter? I know there are many approaches to actually writing a novel from outlining to discovery, and every iteration between those poles. NaNoWriMo taught me to write every day, and I’ve read over and over again that when you write you should just keep going, letting it flow out the right side of your brain and fix it later in the editing phase. But my brain is already full and if I learn something new I have to forget something to make room for it, and I have no idea what that lost tidbit is going to be. It might be the great idea I had for the edit that I didn’t take the time to fix earlier. I’m one of those people that have to fix it on the spot, if I can. I can get hung up on a scene if I’ve introduced a new character that I wasn’t planning on, and I don’t have his/her name. So much is wrapped up in a name; their whole essence is in that name. I’ve heard the horror stories of editors or publishers demanding a name change! Don’t they understand what you have invested in that name!?! You might have spent hours or even days trying to find just the perfect name. And it’s not just characters, it’s ships and planets and weapons and continents and lakes. You get the idea. This is world building, but to me it’s more than that, it’s world CRAFTING. I’ve heard people say that names don’t matter…WHAT IS WRONG WITH THESE PEOPLE!?! We world builders know different! We’ve put our blood, sweat and tears into those names, they have power! Okay, maybe I’m getting a little carried away, but I do think it matters. Names set a tone and paint a word picture when they are done well. If I name my main character Rupert or Sterling, it creates an image in your head. Doesn’t it? What about Mad Dog or Killer or Whysk? Names anchor the ambiance of your setting, whether it’s grim and dark or whimsical and magical. They evoke image and imagination. They have soul or lack soul. Names alone won’t make your story good, but I do think they can help both the writer to imagine and the reader to get absorbed. I would love to hear your opinions on this, unless you disagree with me you cretin!   Clear Ether! Read More

Can you believe it's August already? This dates back to Jan 26, 2011. As I read through this I still think it is pretty much on the mark. Soon after I wrote this I read a book by Lisa Cron, called Wired for Story, that put an entirely different spin on what makes for a good novel. There is some distinction here, between good writing and a good book. I don't think the two have to be aligned. In other words you can have a book that is written well but doesn't tell a good story, and contrarywise, you can have a book that is written poorly that tells a great story. According to Lisa, the good story would trump the good writing. I personally have found this to be true to an extent. If the writing is truly bad it may be too much to get past. But as a general rule I think it is true. It is a gift to be able to turn a phrase in such a way that we actually set back and go, "wow." It does happen. I think of Laini Taylor, at least the first half of Daughter of Smoke and Bone was amazing. The second part of the story takes on a different tone. On the other hand I love it when I have read a bunch of pages and then realize that I was experiencing the story and it didn't feel like reading. That is always my goal. I'm not sure you can be taught to be a "great" writer, but you can learn the craft of writing, and it is something that you can rely on when you don't feel like writing or the muse is quiet. If you want to write for more than a hobby you can't rely on the muse to strike. I downloaded a free version of Last of the Mohicans by James Fenimore Cooper on my iPhone Kindle app. I read the entire series many moons ago when I was a young man and my recollection of the story doesn't match the reality I'm faced with reading it now. I remember the characters and the setting as being quite awe inspiring, and they are, but the prose are so heavy and overblown with description and obtuse phrasing that it's very distracting from an author's perspective. I am starting to get the feeling that reading now is going to be like riding on an airliner is for me. I fly large jets for a living and I'm not a great passenger now, as I know what every noise is. I really don't want the flight attendant to ask me if there is anyone onboard that can fly a jet. I find that spending the last couple of years writing and learning about writing has made me acutely aware of story and prose. I still enjoy well written books as much as the next person, maybe even more than before, but if the writing is marginal I have a much lower tolerance now. I don't think the Cooper's books would sell today, at least not in their present form. Mr. Cooper would get a rejection letter that would tell him to keep trying, that his characters were memorable and the setting vivid, but his story just didn't quite fit with their vision, and good luck. Does that make it a poorly written book? I don't think so. The thing we have to remember about "the classics" are they were groundbreaking in their day and the rules for writing were different, as were expectations. Some of them hold up quite well, but idioms and commonly used words were often contrary from what we are used to now. I thought about trying to get my young son to read it, but I think it'll have to wait a few years. On average the populace is WAY more educated today and in this fast-paced, gotta-have-it-now world our expectations to have something user friendly and easily digested have dramatically increased. I think we all (well, most of us anyway) recognize good prose when we see them, and I really appreciate when an author has me feeling a scene instead of reading it. But even then opinions vary on what makes good writing. Some appreciate the sentence structure and rules of grammar as the gold standard of writing, while others want something that goes down easy and doesn't bog us down with a lot of description or big words. What sells? Is that important in your calculations of what kind of story to write and how you want to write it? Ultimately I think you have to write for yourself. You can't fit your square novel in the round hole of publication. You should write about things you have a passion for and in your own voice. You have to figure out what that voice is. And that is a blog for another day.   Clear Ether Read More

Cover Reveal for Only a Little Blood
The Big DayJanuary 18, 2021
The big day is here.
Follow me on TwitterMy Tweets
Facebook