Jane Ann McLachlan had this great idea for a blog challenge for the month of October to do one day for each of the first 25 years of your life.  This is the 4th installment.  BTW, Falling For Fiction is critiquing my Pitch for Clear Ether over on their website today if you want to take a peak. 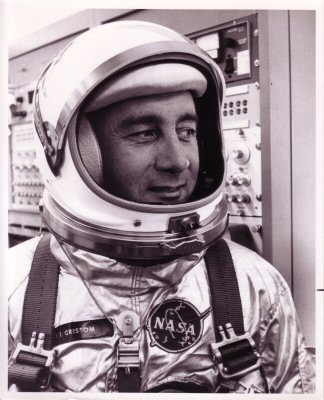 In 1967 the Dow closes at 905
Inflation was at 2.78%
Average cost of a new house: $14,250
Average income: $7300
Gasoline: $0.33 a gallon
Movie ticket: $1.25
Rolling Stone magazine is first published.
Six Day War, Egypt attacks Israel.  Israel defeats Egypt and gains more territory.
Interracial Marriage declared constitutional.  Despite this, Love is a Many Splendored Thing debuts as a daytime Soap, the first to include interracial marriage, but CBS censors find it too controversial.
China enters the nuclear community.  This year will find them at odds with the Soviet Union and they come very close to having a shooting war.  I’m not sure I was ever aware of just how close.
Vietnam protests are all over and becoming even more prevalent, as our troops numbers continue to increase.
Apollo 1 is destroyed on the launch pad in a test, killing three astronauts, including Gus Grissom, whom our airbase is named after.
The Pocket Calculator invented by Texas Instruments.  Pulsars are discovered.  The term “Black Hole” is coined by John Wheeler.
The first Super Bowl is held.  Green Bay defeats the Kansas City Chiefs.
Clint Eastwood makes his first spaghetti western, A Fistful of Dollars.
Elvis marries Priscilla.
Evel Knievel makes a big jump and then has a big crash, catching national attention.   He will ride his fame for a few more years, and eventually I will get a toy motorcycle that you can rev up and jump with his name on it.
Those were happy years for me and my little brother.  Our family was still whole, but my Dad’s business was tanking and it was putting pressure on their marriage.  I was oblivious to that at the time.
I remember my dad having a collision coming off of the Patrick Street Bridge with all of us in the car.  He had a red 1964 GTO.  So sad.  It was only a minor collision, nobody got hurt, but it put a nice dent in the front quarter panel.
My dad was a muscle car guy when he was young.  He started working in a garage and pumping gas when he was in his teens.  After buying his first car, he modified the engine and used to race on the weekends.  I never knew that guy, by the time I was old enough to learn anything about cars he had no interest in teaching me.  He was an executive by then.
Dad joined the Navy at 17 to get into WWII, and learned diesel mechanics.  When he got out, he got hired on as a mechanic with a new company that was selling diesel engines.  He was in on the ground floor and it grew to cover five states.  He worked his way up to VP, without a college education, pretty impressive.  But, then he quit that job to start a lending company with a buddy.  I was born shortly after that.   I remember visiting my Dad where he worked in downtown Charleston, West Virginia.  Unfortunately, they weren’t able to grow fast enough and after a few years he ended up going back to work for the diesel company at a lower position.  He never made it back to VP.  But I’m proud that he took a shot, even though it didn’t pan out.
Everyone should have the nuts to take a chance on making it big at least once.  I keep telling my kids to find what they are passionate about and follow their dreams.  I’m trying to live up to that advice.
Clear Ether!
Read More