Jane Ann McLachlan had this great idea for a blog challenge for the month of October to do one day for each of the first 25 years of your life.  This is the 6th installment. 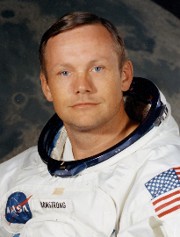 In 1969 the Dow closes at 800, way down.
Inflation was at 5.46%
Average cost of a new house: $15,550
Average income: $8550
Gasoline: $0.35 a gallon
Movie ticket: $1.50
Federal Debt $365.8 Billion, it actually went down.
Vietnam is still going and the funny thing is we instituted a draft this year at the same time start drawing down troops.  Although, I‘m sure it’s not funny to the thousands of young men that were now about to be involuntarily selected to go fight a war they cared nothing about.

I’ve been in the military since I was seventeen, but I volunteered.  I distinctly remember the mood when Desert Storm kicked off. We hadn’t been in a full out military conflict like it since Vietnam, and a lot of people had gone through their entire careers without seeing any action.  People were actually excited about it.  They were going to get a chance to use all those skills they’d spent years training.  That may sound disconcerting, but these people were professionals and they looked forward to testing their metal.  It still to this day surprises me how the young men and women of today still volunteer in droves for the military and we have been actively at war for more than 10 years.
Here is an interesting prophesy about how the future will be with computer and it is eerily close. http://www.youtube.com/watch?v=Y0pPfyYtiBc
Led Zeppelin debuts.  Beatles perform their last live gig, but still release music.
Gold Reaches $47 an ounce.
The Smothers Brothers goes off the air.  Hee Haw premieres.  I distinctly remember watching the Smothers Brothers with my family.   And painfully, I also remember watching Hee Haw, it was on…there was no escaping it.
First color pictures of Earth from space.
The First Moon landing, and Neil Armstrong makes his leap for mankind.  Wow, this was huge, huge, huge.  1969 is probably the most active year before or since for space launches.  The Soviet Union and the U.S. launch dozens of rockets to Venus, Mars, Earth orbit and the moon.  I also remember people starting to get bored with it as the year went on, it was becoming so commonplace.  We all thought we would be in space forever after.
The Summer of Love culminates with the Woodstock Music and Art Fair, which runs for three days.  Probably responsible for its own small baby boom.
It’s also the summer I learned to swim, which was all I really cared about back then.  War and protest and space adventure all took a backseat to Richwood Pool.  I still remember my Mom teaching us, and swimming with Dad, riding his back as he flew through the water, it’s a powerful memory that still stays with me.  We had G.I Joe and Tonka trucks and room to run in my kid friendly neighborhood.  It was a great summer.
That fall I turned Five and I remember getting a Batman costume for my birthday. I wore it out.  I still love Batman.  Even though the television show was pure schlock, I loved it.  Fall also meant NFL Football and I watched Football with my Dad and Papaw.  It was guy stuff, and although I didn’t really understand it I was happy to be invited to watch it with them.
This is also the year that I started Kindergarten.  We didn’t have public Kindergarten, but I went with my best friend Lee, who would eventually be my step brother.  We played Lost in Space and rode bikes and played whiffle ball and kickball and rode Lee’s mini-bike.   It was just a fantastic year from start to finish, but the end was coming and I had no idea.
Clear Ether!
Read More