1968 – Wars, Assassinations, an Election and a Bike 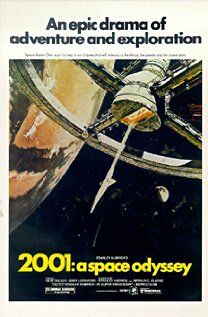 Jane Ann McLachlan had this great idea for a blog challenge for the month of October to do one day for each of the first 25 years of your life.  This is the 5th installment.  Today is my birthday, so be gentle.
In 1968 the Dow closes at 943
Inflation was at 4.27%
Average cost of a new house: $14,950
Average income: $7850
Gasoline: $0.34 a gallon
Movie ticket: $1.50
Federal Debt $368.7 Billion
1968 is a very turbulent year.  Dr. Martin Luther King and Robert Kennedy are assassinated, and the Tet Offensive begins in Vietnam, effectively turning the tide in favor of the North.
The Soviet Union invades Czechoslovakia to put down revolution there.
Anti-Vietnam War protests go on throughout the western world.  The year is all about Vietnam and the Presidential election in the fall, which sees Richard Nixon elected.  Peace talks for Vietnam are started in Paris.
Olympics were held that year, both summer and winter.
2001: A Space Odyssey premieres.  So does the first Planet of the Apes movie.  60 Minutes begins its reign.
Apollo 7 launches and puts the first humans around the moon.
I turn four and remember watching the evening news and it was so dark and dreary.  They used a black background and talked about the War every night.  In contrast, I also remember the Apollo 7 launch, making for a strange dichotomy.  The rocket launch was crazy.  I recall my mother doing laundry and using the ironing board in our TV room as the rocket launched.  We were sending people to the moon for crying out loud!
My wife was born, making it a banner year despite all the nasty things that happened.  Personally, it was a big year for my physical and mental development.  From this time forward I can pretty much remember things that happened to me.  I got a little green bike with training wheels for my birthday that year and I was determined to learn to ride it.  I had the training wheels off in no time and taught myself to ride by coasting down our steep driveway.   I got a full-sized bike for Christmas, less than three months later, because my Dad told me if I learned to ride without the training wheels he would get me one.  I remember going down that hill time after time, falling over and pushing the bike back up the hill until I got it right.  It was a big deal.  The following spring I taught a lot of the kids in my neighborhood how to ride and we were all riding that summer.
Clear Ether!
Read More