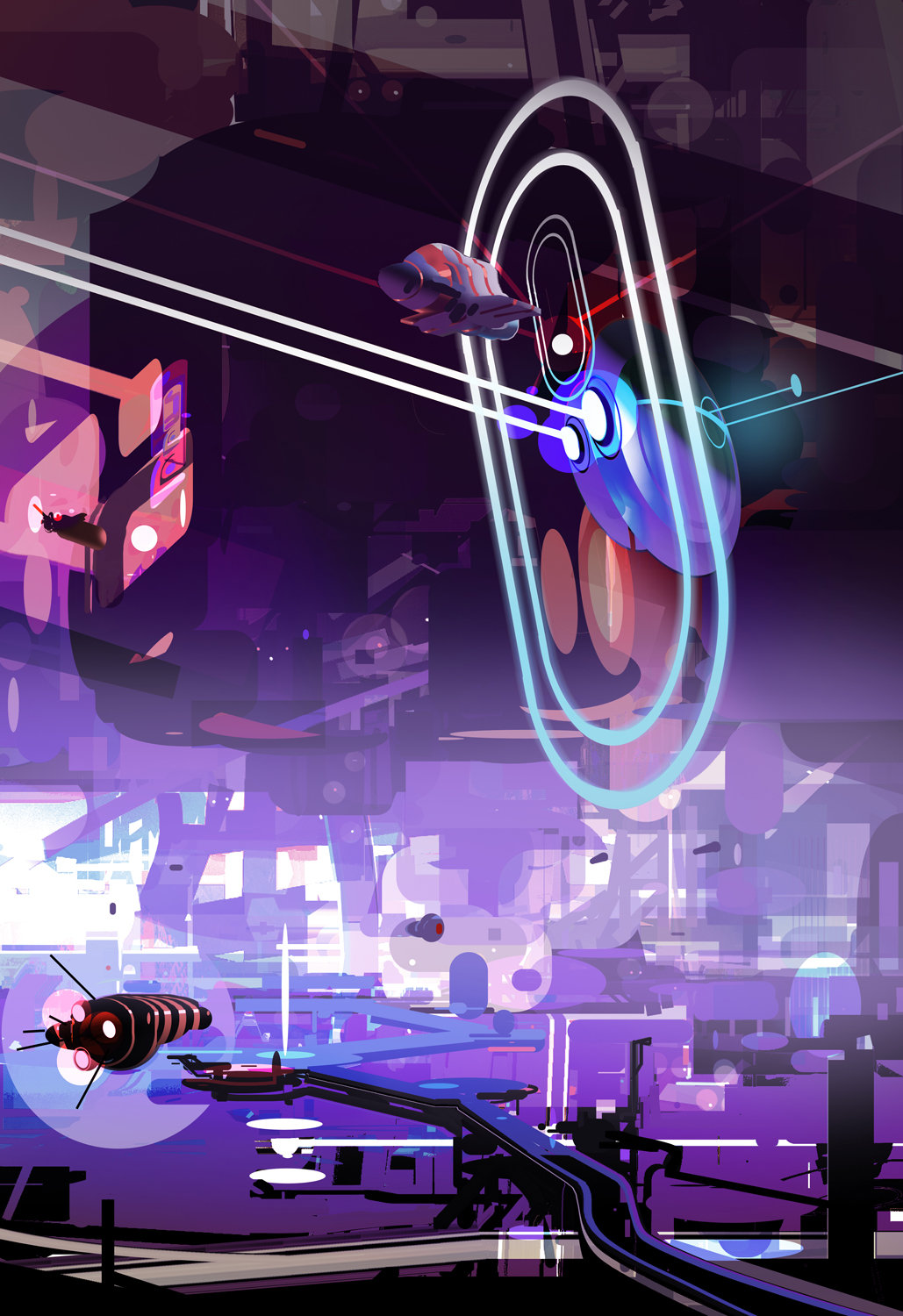 Sparth[/caption] Pinning down five writers is pretty difficult (so I add a few more.) These are my current top five, but they may change over time. 5. Ann Leckie – Ann has only written five novels so far, but broke out of the chute to win the Hugo on her first release, Ancillary Justice. It started a trilogy, with Ancillary Sword and Ancillary Mercy. She followed that with Provenance, which is a standalone in the same universe. Then she broke from SF with a fantasy story, The Raven Tower. All of them are wonderful. She has a unique voice and is on my auto-buy list. 4. Hannu Rajaniemi – Huge brain on this Finnish mathematician PhD and Quantum Physics Thinktank leader. He wrote one of the best debut novels of all time with The Quantum Thief. He followed it up with Fractal Prince and Causal Angel. Probably the best posthuman stories written thus far. It is wildly imaginative and an immensely brilliant trilogy. I wrote about it here. He then broke from science fiction with a standalone novel called Summerland. I would call it weird fiction, as it deals with the newly dead and an alternate history 1938 and is set as a spy thriller. It was not my favorite, but it was brilliant in its own way. I look forward eagerly to his next release. 3. Rosina Lippi writing as Sara Donati – She holds a PhD in Linguistics from Princeton and was a tenured professor for twelve years at the University of Michigan. She writes fiction and non-fiction, but Sara Donati is her fiction pen name and she wrote a six book historical fiction series beginning with Into the Wilderness. It carries on where James Fenimore Cooper’s Last of the Mohicans left off, but introduces new characters then follows them through the end of the Battle of New Orleans. These are absolutely fantastic. I learned a lot. They are chock full of historical moments, adventure, and a dollop of romance. I wrote about it here. She followed this series with another that carries on with a young woman trying to make it as a doctor in the big city in the 1800s. It begins with The Gilded Hour and continues with Where the Light Enters, which comes out next month. 2. Caroline Cherry writing as C. J. Cherryh – SFWA Grand Master. She has written more than 80 books, two of which won the Hugo award, Downbelow Station and Cyteen. Otherwise she is probably best known for her prolific Foreigner series. She writes fantasy and science fiction and her Alliance-Union series is my all-time favorite. She writes smart, personal stories that really analyze human psychology and motivation. Fabulous world building and memorable characters are her hallmark. She also was instrumental in getting me on track early in my writing career with kindness and good advice. 1. William Gibson – He created the new subgenre cyberpunk with his debut, Neuromancer. It won the Hugo, Nebula and PKD awards. He was born and raised in the US but lives in Vancouver, Canada now. He has written eleven novels and co-wrote one with Bruce Sterling. He started his career by promoting futuristic cybernetic enhancement and artificial intelligence. He coined “cyberspace” for the propagation of Virtual Reality. His first two trilogies were in this theme, the Sprawl and Bridge trilogies. He followed these with the near future Blue Ant trilogy. His writing gets better with every novel. He has a knack for seeing below the surface and then creating a world and character to carry his prescient vision forward. He has been my favorite writer for more than half my life and I don’t see it changing any time soon. His next book, Agency, comes out in January. I think I may go back and reread all of them before the new one comes out.   Honorable mention: Max Barry – Australian author of Syrup, Jennifer Government, Company, Machine Man, and Lexicon. He stuff is generally aimed at the lunacy of the corporate world. Lexicon was a departure and was an outstanding novel. I wrote about it here. He has a new book coming out in 2020 called Providence. Biting satire is his forte. I have read everything he has written and will continue to do so. Peter Watts – I came to Canadian Peter Watts late. I have only read three of his novels so far, but he blows me away every time. His is brilliantly intelligent and writes in a way that exposes that in a cool way. He doesn’t write down to the reader, but it is not so high concept that a novice can’t follow along. His stuff is hard SF. The science is impeccable and the prose match. He has written 24 novels so far, with some of these being tie-ins for other worlds. Freeze-frame Revolution is his latest, which I read. He is best known for Blindsight, which should have won the Hugo, and Echopraxia. I have read both of these as well. I have a lot of catching up to do with his novels.   Who are your favorites? I really want to hear about them.

I am starting something new. 5 Things Friday. I hope to post every Friday with a new 5 things. I’m starting with a short list of my five favorite books of all time. Up until now at least. It’s difficult to stop at five but I like the alliteration. I’m not doing Fifty things. That would take weeks to write each one. Here we go! 5. Into the Wilderness – Sara Donati – This carries on the story after the James Fenimore Cooper novels, the Leatherstocking Tales, Last of the Mohicans ring a bell? I really adored these as a young man. Set in the New York wilderness in 1792, Into the Wilderness is the story of a headstrong English teacher and the son of a legendary frontiersman. I loved this entire series. A little romance, a lot of action, and a great mix of fact and fiction. I learned some history reading this series. My book review is here. 4. Alice's Adventure's in Wonderland - Lewis Carroll - I have loved this book for a very long time. The highly imaginative world, the crazy characters, and the sing-songy nature of the dialogue is marvelous, and practically perfect in every way. The original artwork by John Tenniel is amazing as well and fits perfectly with the off-kilter view of the world. END_OF_DOCUMENT_TOKEN_TO_BE_REPLACED

Jane Ann McLachlan had this great idea for a blog challenge for the month of October to do one day for each of the first 25 years of your life.  This is the 14th installment. 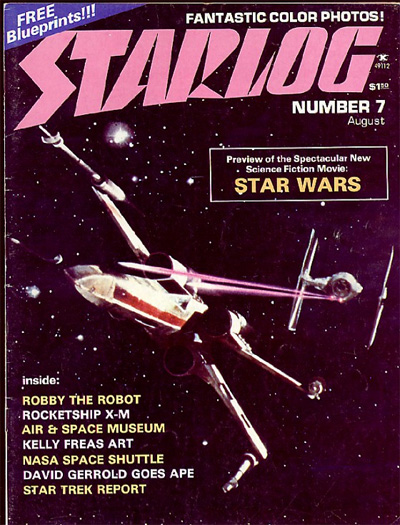 Radio Shack releases the TRS-80.  I managed to get my hands on one years later.  Two months later the Apple II goes on sale.

Star Wars is released in May.

Elvis does his last concert in Indianapolis June 26th. Elvis dies at Graceland at the age of 42.

The first three nodes of ARPAnet are connected.  The Internet is born.

Elvis dies at Graceland at the age of 42.

Farrah Fawcett posters.  I had one on my wall.
Digital watches. Skateboarding is making a comeback.

In 1977 I had hair down to my shoulders and was skateboarding and playing board games, like APBA Baseball, Football and Golf, Strat-o-matic Baseball, and Negamco Basketball and Golf. I even invented my own boxing and golf game.  I started playing golf with my dad that year and quit playing baseball.

But the huge game changer was Star Wars.  I distinctly remember going downtown to Charleston watch it at the Kearse Theater and the line went all the way around the block.  Unheard of back then.  I knew kids at school that had seen it a dozen times.  My mom let us get the soundtrack.  It was the first movie soundtrack I ever owned.  I became obsessed with Science Fiction and wanted to be Han Solo.  I started buying Starlog and comics and Omni Magazine when it came out the following year. I started reading everything I could get my hands on.  It literally changed my life.  I would not be a pilot today if not for that movie.  I am still a huge Star Wars fan and even though I was deployed in 1999, when Episode 1 came out, I managed to see it in Germany. I still love Science Fiction as well and plan on writing in that genre for the foreseeable future. 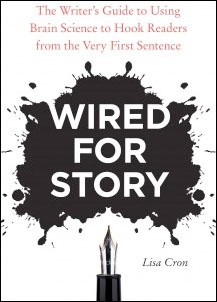 I'm a little late getting this up due to MLK Day.  You might think that would give me more time, but I usually find a way to expand my time wasting to fill the available time alloted.  It was a fairly productive week writingwise.  I wrote 6191 words this week for a total of 93106, and am edging up on the climax.  Seems like I say that every week.  I think I'll get through it this week.  In fact if I push I think I can finish the first draft this week, two weeks at the outside. I posted a little vignette about how I Suck @writing which seemed to be well received, thanks to all who commented! I also updated my Query Letter and got some feedback.  I think it's pretty close.  Close enough to shelve until I polish the manuscript. Some other tidbits from the week: Charlie Stross blogged this, he is brilliant as usual: http://www.antipope.org/charlie/blog-static/2011/01/looking-under-the-street-lamp-.html#more Ran across this short story by @MaryRobinette Kowal http://bit.ly/flXBY0 quite awesome! I heard this on NPR this week and liked it:

"We must see the error in our own truth and the truth in our opponent's error." -- Reinhold Niebuhr

The next thing to tackle after the WIP is finished it to do a synopsis.  I found this website which does a fine job of walking you though how to do a thorough job http://www.writing-world.com/publish/synopsis.shtml i09 posted this – the most complete map of the night sky so far http://io9.com/5730972/   Clear Ether! Read More