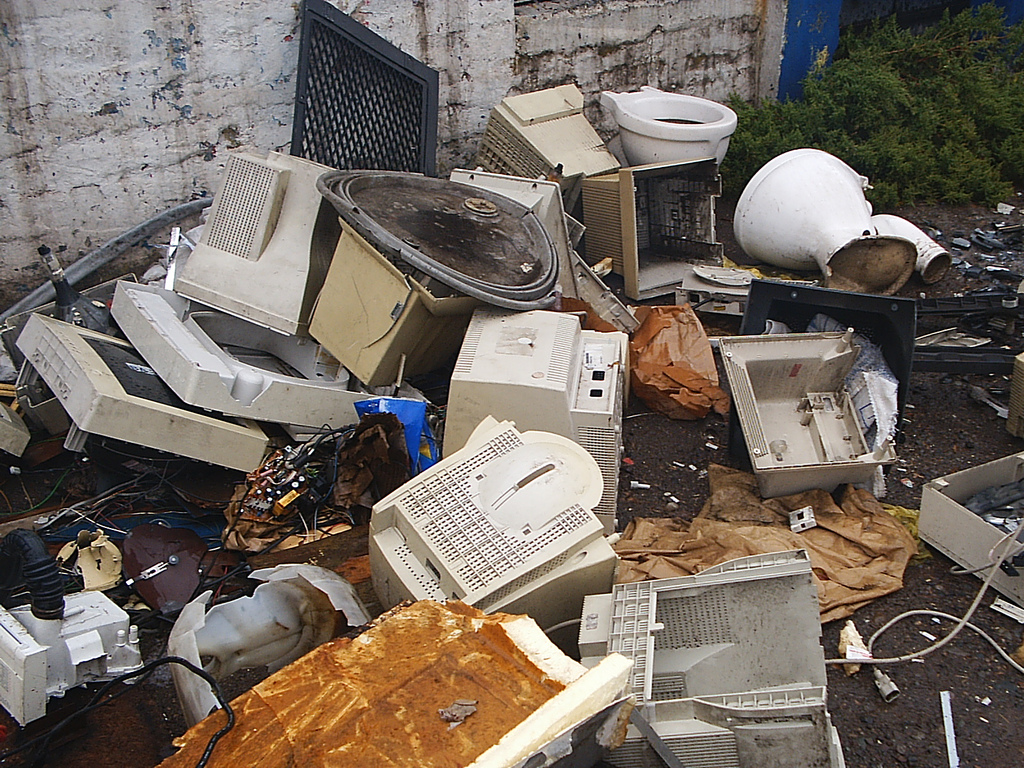 Okay this post has very little to do with writing, but I ran across an item that struck a chord with me about something fundamentally wrong with our society these days. I just read a post on Scalzi’s Whatever page written by Lara Zielin. Her post was about a personal event that happened while she was on a storm chasing trip. It ended up inspiring the story behind her book The Waiting Sky, which I’m sure is lovely, but her revelation is about how she realized her marriage was not what she expected it to be. She found attraction to another man while alone on her trip chasing storms in Oklahoma. But while I was reading it I began to wonder which came first, her attraction to the new guy or the fact that she was unhappy in her marriage. It’s not really clear, but the way she describes the events leads one to believe that in her mind she knew she was already unhappy but just hadn’t faced it. I can’t speak from firsthand experience but it seems to me that most people that cheat on their spouse will concoct a reality to justify their actions. The thinking goes something like, if I cheated on my spouse I must have been unhappy or I wouldn’t have cheated. So they start coming up with reasons why they aren’t happy. That’s not to say that some people aren’t justifiably unhappy beforehand and then cheat, but in this instance she hadn’t really come to grips with being unhappy beforehand. She talks about not wanting to return to her “mundane” life after meeting the exciting new guy and falling in love all over again. She began to see her life as unexciting and apparently came to realize she didn’t see her spouse the same way anymore. Her quote, “When was the last time my spouse and I had thought the other was a badass?” The whole thing bothers me. It’s not a new phenomenon, but it’s become way too common. I don’t know her, and I don’t mean to pick on her, but she put it out there for all to see. It relates to a fundamental problem with our society. When did we stop valuing marriage in this country? This is not about Lara, but about everyone who treats marriage like something disposable. I can’t put my finger on when it happened, but we stopped teaching our young people how to be married. We focus way too much attention on the Wedding and hardly any on how to be married to someone. A marriage is rarely, if ever, a fairy tale. It involves people and most people have issues of one sort of another. Marriage is work, even in the best circumstances. Learning how to be in a relationship takes time and both people have to be committed to the venture. They need to be thinking about their spouse a lot and trying to put them first. If both people are doing this it goes a long way to working through most problems. We haven’t armed our young people with the right tools for dealing with it or where to focus their energy. I don’t know when this turned sour, but somewhere along the line we stopped teaching the merits of trust and empathy and commitment and providing directions for how to do it right. We treat our vows as something less.

noun 1. a solemn promise, pledge, or personal commitment: marriage vows; a vow of secrecy. 2. a solemn promise made to a deity or saint committing oneself to an act, service, or condition. 3. a solemn or earnest declaration. We promise our spouse that we will stay with them through better and for worse, richer or poorer and in sickness and in health. At least most have something similar to this. It’s not kind of a promise or half of a pledge. I can’t even think of a word for a ‘not promise’. We don’t say as long as it’s convenient. We give our word to something it should mean something, but in this case you actually have a contract. Ultimately, of course, the only real arbiters of that contract are the parties involved. I really wonder how much effort Lara made to focus her energy on being the best wife she could be. Did she ever talk about her feelings with her husband? I have no idea, but we throw marriage away way too easy these days. The bright shining object always looks enticing, the strange, the hunt, all those things are exciting, but just because it’s not exciting anymore is a horrible reason to get a divorce. It does take two to make it work, but perhaps we enter into these things too lightly, without much preparation or forethought and it’s not necessarily the fault of the people getting married these days, because we stopped teaching them how hard it is and what commitment means. I am on my second marriage, so I hate to cast these stones from my glass house, but my second marriage is completely different, it is wonderful. It’s not perfect, but we have both worked at it every day for the last twenty years. Our marriage is stronger than ever and keeps getting stronger, but it’s not by accident. I have learned my lessons and I am trying to pass those on to my children. We talk about commitment and service and love and how hard it is. But these are things that should be discussed before the marriage, not afterwards when the commitment has been taken. Is it fair to ask someone to stay in a marriage they are unhappy in? It’s not easy. An unhappy marriage is up near the top of the list of shitty things that we may have to deal with in life, right up there with severe medical problems or death of a close family member or friend or trouble in our career. But a relationship can be repaired. That part isn’t easy either, but it all comes back to the pledge we made when we got married. Marriage has great value. It has been the cornerstone of our civilization for hundreds of years. Parents, talk to your kids about marriage. Don’t just spend all your energy and time and money on the Wedding. Teach them about honor and service to their significant other. Teach them how to keep the marriage fresh by doing the little things they did when they were dating, to not take each other for granted. Teach them to not put the other in a position to worry about fidelity. Teach them about talking to each other and how to work out differences and provide each other with expectations. It’s not just young people that suffer from this lack of education. People my age and older suffer from it just as much, this has been going downhill for a long time and the only way to get it back on track is to talk about it. Step one- recognize we have a problem. My kids may not have a great marriage, but it won’t be because they went in with their eyes closed. I have high hopes. Teach your kids and spread the word. Soapbox put away. Clear Ether! Read More

Committing to that First Novel 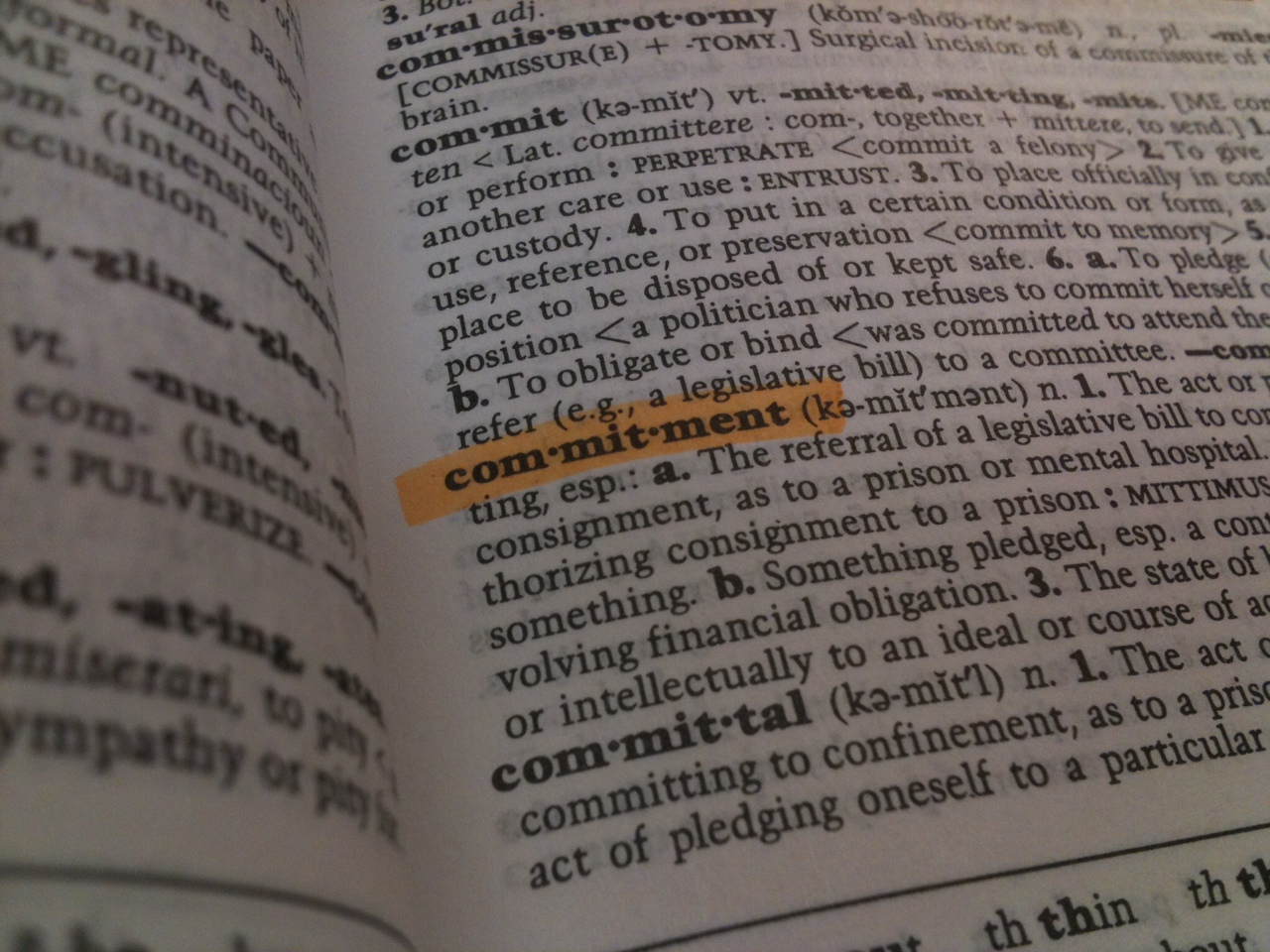 Ava Jae has an interesting post on her blog Writability this morning about first novels.  The question she was answering is, how do you pick the story to write for your fist novel when 95% of first novels never see the light of day?  We refer to these as trunk novels (because they stay in the trunk).
Her answer is right on the money, you have to commit to whatever story you choose.  We can’t possibly commit the time and energy it takes to write a novel to real completion without the belief that we are going to put it out there for sale or distribution (if that was our original goal, not everyone writes to be published).  By complete I mean first draft finished and then several passes to revise and refine; this just to send it to a publisher or agent.  If you are self-publishing you need to add another step.  Send it to a real editor for that professional polish.
Novelists don’t do practice novels.  That is not to say we don’t do writing exercises.  Writers write for practice and it can be in the form of writing challenges or blogs or short stories.  But even short stories require work.  Challenges are easy and don’t take up a lot of time.  Novels are a completely different animal altogether.  They are layered with multiple plots and many characters, that done correctly, have more than two dimensions.   The novel should have theme and soul and requires foreshadowing and planning.  The planning can happen after the draft is done actually and may require you to move things around as the plot elements are often very malleable, but it requires time and energy.
If I really believed that my novel wouldn’t be published it would just be another abandoned orphan of a book.  Any writer that has made a serious effort at writing a novel can tell you that once you start, the ideas for other stories don’t stop coming.  There comes a time in the process of trying to finish the novel where you are kind of sick of it, you just want to be done with it and move on.  You have been birthing it for a long time and other ideas start to look more attractive.  This may sound strange, you certainly don’t want your readers to feel that way when they read it, but I think they must all pass through this phase for the author.  The book is like one of our children.  Sometimes you just want to get away from the screaming and the arguing and bad tempers and the constant requirement for care and feeding.  But if we are to finish we have to have confidence that the novel will grow up to be something we can be proud of.   I know there are a lot of writers that have dozens of unfinished novels in their trunk, but when they started they went in believing they were going to finish them.
This year alone I have read five great debut novels.  Now, I have no idea if they were actually their first novel or just the first one published.  One that stands out in particular for me is The Fortunate Fall by Raphael Carter.  He published this book in 1996 to great acclaim and has never published anything since.  I very much enjoyed the story.  It was very well crafted and imaginative and he was heralded as the next great thing in SF at the time.  I have no idea why he hasn’t published anything else.  Maybe he just had a goal to write a novel and checked that off his bucket list.  We all have our own motivations.
But for me, I’m committed to getting it right.  I’m spending the time grooming it for show.  I have aspirations of a career writing.  I am already plotting four more novels, and have ideas for several others.  Who knows which one will actually get published first, but my plan is for all of them to be published.  Speaking of which, I need to get back to it…
Clear Ether!
Read More