It’s Day Two of GENCON 2019. I’m there as this posts. Spent most of the day yesterday there as well, and I’ll be there tomorrow, too. What makes it so awesome? Well, here is a short list:

It’s close to me. I only live a little over an hour from the venue, so it makes it hard to come up with excuses not to go. I know a few of my friends are going, so that is a bonus as well. Hope to see you there! Read More 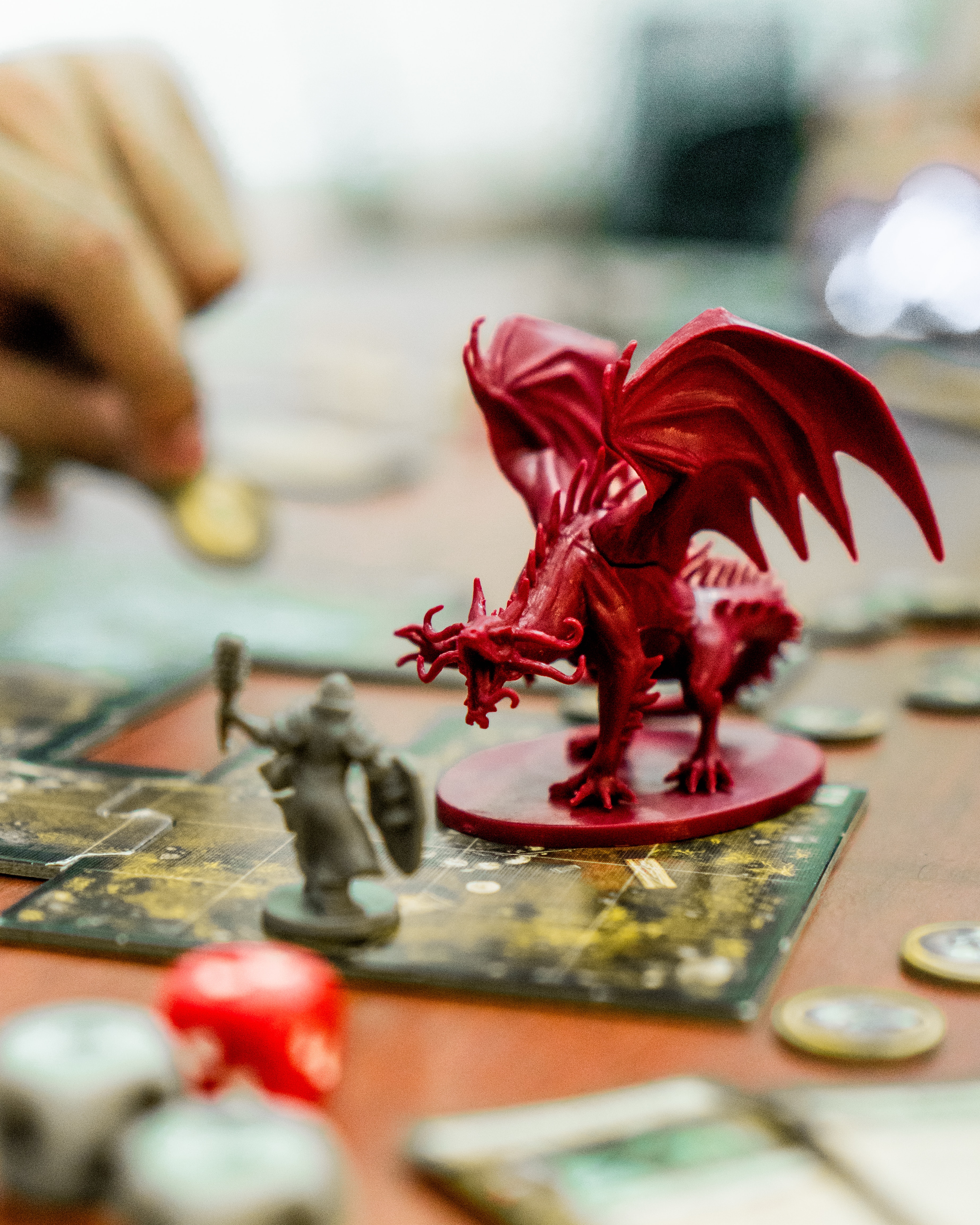 Photo by Clint Bustrillos on Unsplash[/caption] I have always loved gaming, of pretty much any type, but when I was a kid Dungeons & Dragons was just becoming a thing. If you live in a cave and have no idea what D&D is let me briefly explain. It is fantasy tabletop role-playing game (RPG) originally designed by Gary Gygax and Dave Arneson. It was first published in 1974 by Tactical Studies Rules, Inc. (TSR). Which, by the way, I did not know what TSR stood for until 30 seconds ago when I googled it. The advanced version came out between ’77 and ’79, and I still have my original copy of the Dungeon Master’s Guide and the Player’s guide (1st edition.) A role playing game is basically structured make believe. You create a character and the Game Master, or in this case the Dungeon Master, is the storyteller that guides the players along a preset plot. It varies greatly by who the DM is and can be very open ended or very limited, depending on their skill level, available time, and the amount of effort they are willing to put into it. I’ve had good ones and not so good ones. TSR actually made different level dungeons that required very little prep for the DM, but the really good ones were made by the DM. When I was in college back in the early 80s, a friend of mine from California told our group about the DM he grew up playing with and the guy was prolific. My friend actually had a 105th level Magic User. They played A LOT. I can’t really even relate to that. But just know that they are out there. I can’t remember exactly when I started playing. I think it was maybe at the end of junior high, which would have been right around 1978. My group of friends weren’t really into it all that much, but I did teach a few of my track teammates how to play, and if you have been involved with track you will understand the enormous amount of downtime you have at a track meet. We played in the stands while we waited to run our event. I did find a group before I graduated that showed me what it could be, my first really good GM, who was a great storyteller and extremely imaginative. He was incredible. I also played an RPG called Traveller, which is science fiction based. I loved playing that game more than D&D, and ended up buying a lot of the supplements for that game in the decades to come, but I never found a group to play with after I left home in 1982. Sad face. Freshman year at the Air Force Academy we were not allowed a lot of freedom to get off campus, so a bunch of us that had played in high school got together and started playing D&D. We took turns making dungeons for each other, and it was my first time Dungeon Mastering. Really my first foray into writing, when I look back. After freshman year, I found other things to take up my time and I haven’t played a table top version of it since 1983. I have played video versions of it. I played a lot of the Gold Box games that came out in the late 80s and early 90s. I played both variations of Neverwinter Nights. TSR started doing GENCON in 1968. Gary Gygax, the creator of D&D started it in Geneva, Wisconsin, to be a table top gaming get together. It moved to Milwaukee when it got too big for Geneva and then moved to Indianapolis in 2003. You can find lots of people playing D&D and about any other board game you can think of. I have my 4 day pass in hand. Wizards of the Coast bought TSR in 1997, and have been making AD&D since then. It is currently on 5th edition rules. It has made a big comeback in recent years and I just heard a piece on NPR Marketplace on my way to work yesterday morning and went down the rabbit hole. People are getting paid to Dungeon Master. Upwards of $500. My two eldest children are in a group that play via Discord. It has a dice rolling app included. Here is a link to the Marketplace piece. And here is a link to a piece on Bloomberg Business Week.

“Nerd culture, Stranger Things, and the gig economy have created a world where Dungeons & Dragons enthusiasts host games for $500.”

A good Game Master is worth their weight in platinum, and people are willing to pay to have a good one. They do birthday parties and business conventions for team-building activities. Or simply host new players to show them how the game works. The good ones are booked months in advance and have a waiting list. Amazing. It’s funny. I kept all my gaming accoutrements for more than thirty years, hoping that one day I would be able to pass them down to my kids. I did that, but they were much older when they finally discovered that they liked it. I ended up just passing my books over. The great thing that has happened, though, is my youngest son decided he wanted to play Star Wars the Role Playing Game. We bought a few books and he learned the rules and developed his own storyline. We play most Saturday evenings now, with most of my kids and my wife and I. He is an incredibly intuitive GM. He could probably be one of those people that make money on the side if he decided to play D&D. But in the meantime, we have a blast playing SWRPG with the family, truly fun and hilarious times. Do you have a game you enjoy? How did you get started? Read More

Single player RPG. - "Diesel Punk Deadwood" – "Firefly meets Fallout." The lead programmer and director are awesome dudes. It looks pretty incredible and definitely up my alley. It is made by Obsidian Games, which made Knights of the Old Republic 2, Fallout and Fallout: New Vegas, Pillars of Eternity 1 &2. Solid rep. It is supposed to come out in October. I am likely going to buy this. Trailer: https://www.youtube.com/watch?v=hSpMIytS6vs Rapid Fire interview: https://www.youtube.com/watch?v=n2CXtrPkT2M What do you think?

Confessions of a Gaming Addict 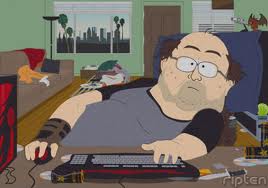 Is there an addiction label for people that play MMOs?  Game-a-holic, em-em-o-holic, vidyict…someone will pen one better.
Hi.  I’m Todd and I’m addicted to playing massive multiplayer online games.   They’re great as an entertainment option.  I could justify playing a game vs. watching a show on the TV, but they don’t add any real value to life.  I look at people with hobbies that are productive and I’m jealous, but I rarely indulge in that kind of self-flagellation.   I deal with it just like a do when I have a task that has to be done that’s not particularly enjoyable – I put my head down and plow forward until it’s done.  I usually just let those fleeting feelings of guilt wash through me until they pass, then hit the power button on my computer and fire up another round of gaming.
I haven’t been posting anything on here in weeks, but my excuse was that I am working on Air War College and it’s taking all my spare time, but that simply isn’t true.  I stopped working on my novel for the same reason, the clock is ticking and I need to finish the stupid course, but I’ve made very little progress in the last few weeks.  So I’m not writing and I’m not studying all that much, but I can tell you I made it to level 50 with my Sith Warrior.
My intentions were good.  But we all know where good intentions lead.  I gave myself a pass on writing so that I could devote more time to finishing all this reading I have to do (and it’s like 1600 pages) but what do I do?  I squander all that time, I fritter it away finding other things to do and ultimately I end up sitting back down at the computer and logging in to SWTOR again.  Last year I managed to break my gaming habit (I thought).  I didn’t refer to it as an addiction, because, you know, I could quit anytime I wanted to.  I just enjoyed it, it was better than sitting in front of the boob tube all evening.  Right?  I’ve been playing MMORPGs for more than 20 years but most of my hobbies don’t really generate anything useful, unlike someone that makes furniture in their spare time or knits or crafts stuff.   I managed to quit playing video games for almost a year.  I finished my manuscript, at least the first draft and a few revisions before this game came out, and I made a few decent chalk drawings.  But I slipped and I’m neck deep again, just like an alcoholic or a drug addict.
The people that make these are smart.  I think humans are designed to want to achieve “stuff” even if it’s meaningless.   Milestones and marking them is often enough to keep us going even when we aren’t sure where we’re going.  “Just five more minutes, honey, I’ve almost got enough armaments to complete my daily.”  They feed the addict in all of us.  I don’t think I have a particularly addictive personality but I’ve always loved gaming in all its forms, from physical games like baseball and football and golf, to board games to RPGs, and combined with my fascination of computers from day one, has created a potent combination for my little brain.
I know that some people devote even more of their time and energy to MMOs than I do, some people have an unhealthy problem with them.  I had a guildmate a long time ago that committed suicide when the game we were playing ended.   My problem is nothing like that, but I am at a point in my life that I am disappointed if I “waste” too much time.  The clock seems to tick a little faster every year and the day just doesn’t have enough hours in it.  Weekends fly by.  When I look back at my weekend I don’t want to see vapor.  I want to have spent it doing something of value, like maybe spending some quality time with my wife and kids or writing or drawing or making a piece of furniture. Instead I managed to get my Champion lightsaber.
I’m going to make a pledge to cut down on gaming again, and spend that time better.  I’m probably fooling myself that I can handle it, just a little here and there, that’s how backsliding always starts, and I’ve slid all the way back.  But If I have that much time to game and not study the least I can do is work on my novel.  Oh by the way, Mass Effect 3 comes out in a few weeks …
Read More