In Your Write Mind 2019 Review

Awesome is an overused adjective, but it really is the prefect word to describe my recent trip. This past weekend I went back to Seton Hill University for the first time since I graduated from the MFA program four years ago. I was excited to see some of my old friends and mentors, but I didn’t have any great expectations for the writer’s convention itself. It’s a small con by comparison, so I figured it would just be okay. Boy was I surprised. [caption id="attachment_1428" align="alignnone" width="469"] 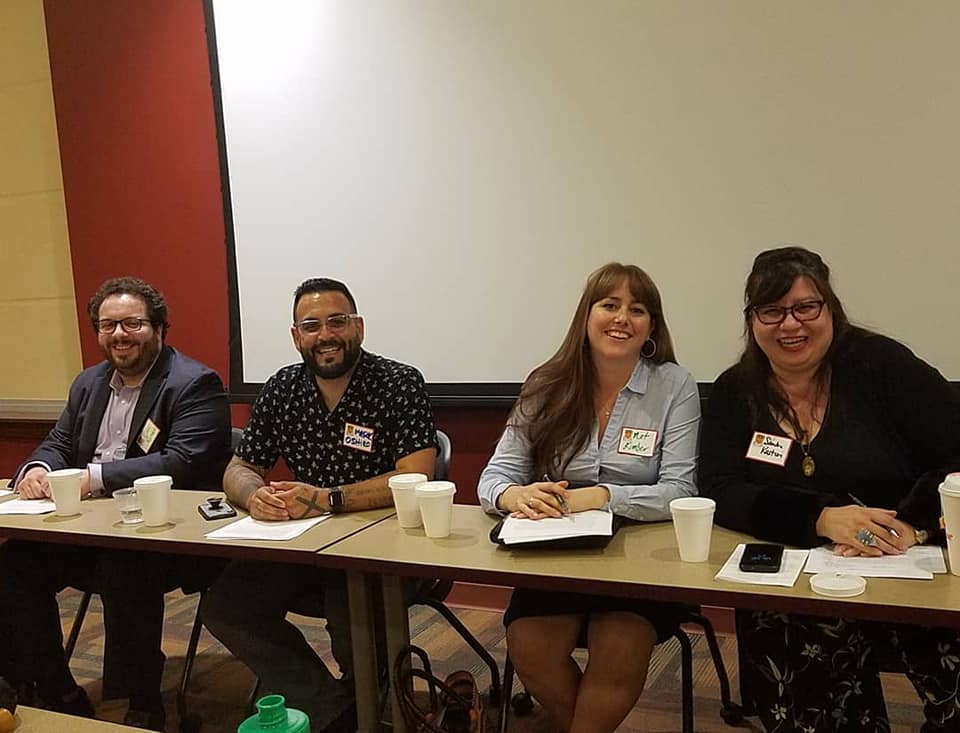 Chris Kepner, Mark Oshiro, Nat Kimber, and Sandra Kasturi.  Photo by Gina Anderson[/caption] Every single Guest of Honor was fantastic. Seriously. I’m not kidding. They were fun and smart and very knowledgeable in their areas of expertise. END_OF_DOCUMENT_TOKEN_TO_BE_REPLACED

In Your Write Mind

In Your Write Mind Tomorrow I will be on my way to Pennsylvania for a writing convention. It’s more than that to me, though. It’s a bit like a homecoming. Except it’s not, because I [caption id="attachment_323" align="alignleft" width="320"] 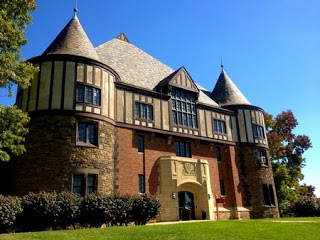 Seton Hill University[/caption] never lived there. I did, however, go to school there for my Master’s degree. I haven’t been back since I graduated, for various reasons, although I had intended to go several times. Life events overcame my plans. I finished my Master’s in Writing Popular Fiction from Seton Hill University four years ago this month. Alumni from this awesome program loved the place so much that they started doing a summer con that happens at the same time as the summer residency for the program, so that they could see their classmates and former mentors. These wonderful people became an extension of our families. END_OF_DOCUMENT_TOKEN_TO_BE_REPLACED

How I’m Progressing as a Writer 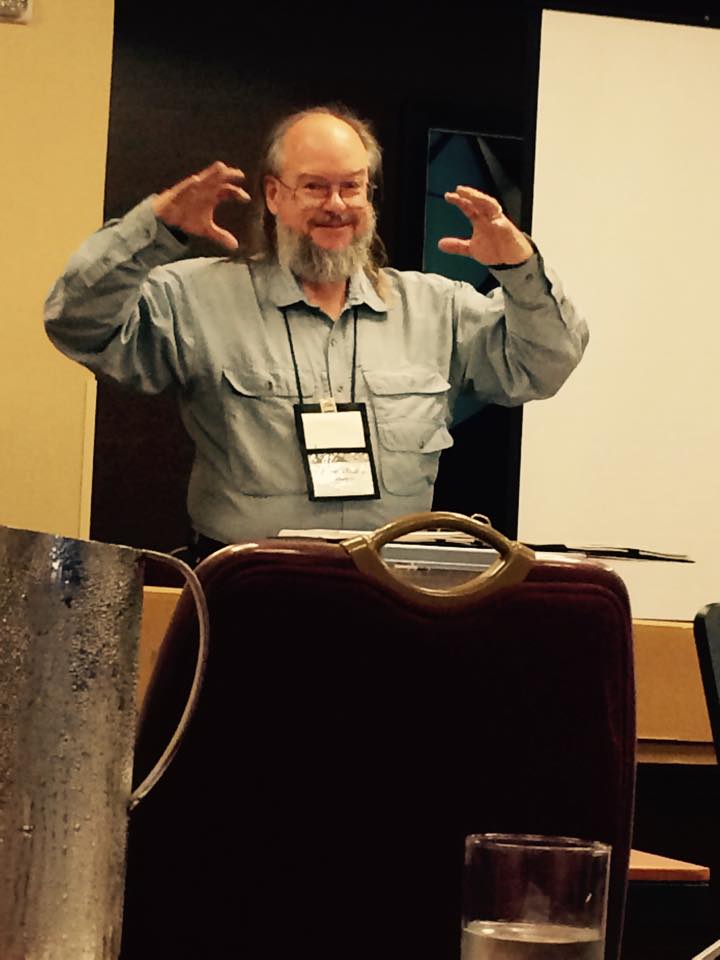 Timons Esaias in his element[/caption] I recently finished my 4th residency for my master's program and I've had some time to reflect on my progress as a writer. I've enjoyed every residency but each has its own flavor. After the first one, I wasn't really sure that the Seton Hill Writing Popular Fiction program was going to work out. I'd spent several years prior to starting the program trying to improve my skill and my knowledge-base about writing as a profession and I felt like I wasn't learning anything new. My opinion on that changed after the second residency, but looking back now, I can see the cumulative effects of the program. After each semester I'd taken stock of how much my writing skill had increased, if at all. After the semester that ended last winter, I felt I'd reached a new plateau, but after spending a full semester with Timons Esaias as my mentor, my skill seems to have gone up an order of magnitude, instead of incrementally. I more easily recognize patterns in writing that I couldn't see before. Common mistakes that a lot of writers make, especially on the first draft, stand out like a strobing beacon. END_OF_DOCUMENT_TOKEN_TO_BE_REPLACED 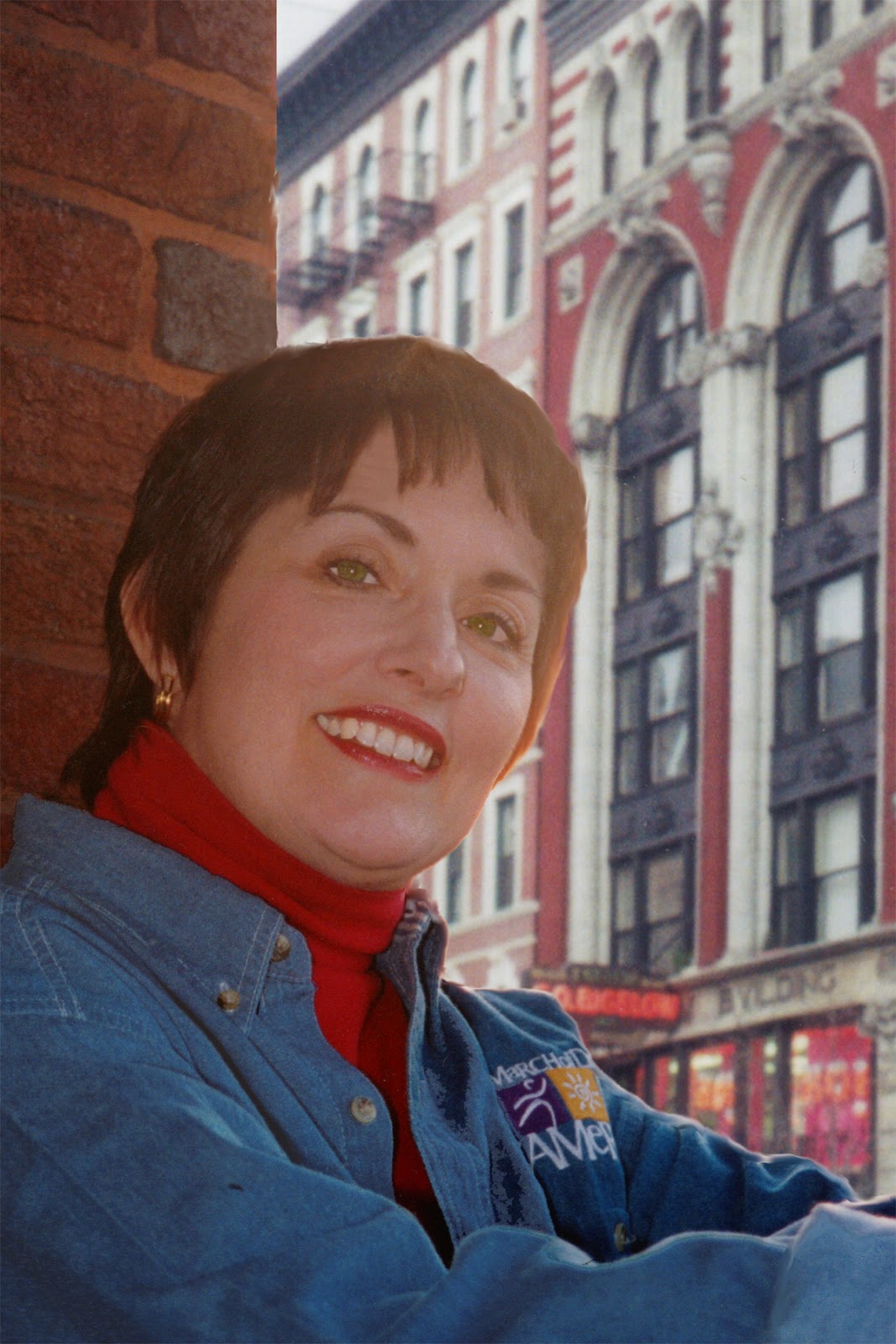 I'm happy to give the podium to one of Seton Hill's finest. The prolific Victoria Thompson is an instructor and Mentor in the Writing Popular Fiction Master's program at Seton Hill University, in Greensburg, PA. Vicky also happens to be an Edgar nominated mystery writer, specializing in Historical Mysteries. Her Gaslight Mystery Series are centered around New York City at the turn of the Twentieth Century. Her first book, Murder on Astor Place was released in 2009, and the latest book for that series (number 15) is about to be released on May 7th. It's called Murder in Chelsea. Vicky has published thirty-five novels so far and I don't see her slowing down. Today, she is going to give writers a few tips on what to do when we feel like we don't know where to take the story...
WRITER TO THE RESCUE
So what does an author do when she’s written herself into a corner and can’t for the life of her figure out how to get out of it—all while thousands of fans are clamoring for her blood?  That’s the situation in which I found myself last year at this time. 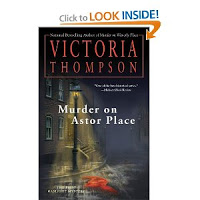 If you are a fan of the Gaslight Mystery Series (Berkley Prime Crime), you know that Detective Sergeant Frank Malloy of the New York City Police and Midwife Sarah Brandt have been solving mysteries and gradually falling in love over the first 14 books in the series.  Unfortunately, I had started the series by creating insurmountable barriers to their ever getting together, never realizing that the series would become so successful or that readers would become so invested in Frank and Sarah’s lives.
Now let’s face it, how many mystery writers are lucky enough to have a series that runs for 14 books? I count my blessings every day. But in the spring of 2012, I realized that if I didn’t take care of Frank and Sarah’s relationship, readers probably would not keep reading. But how to do it without ruining the dynamics of the series? I was getting desperate, so I vented to my classmates. 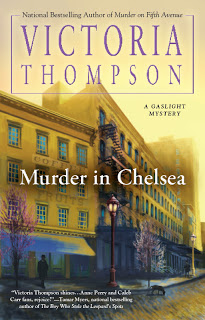 Classmates?  Yes, I was just finishing up my master’s degree in Writing Popular Fiction at Seton Hill University.  One of my classmates, David Wilbanks, who writes Science Fiction and had at that time never read anything I’d ever written, took my challenge and sent me a list of about 20 things that could happen.  Unlike me and my fans, Dave was unencumbered by knowledge of the characters involved, so his solutions didn’t have to be feasible or even sensible.  His ideas were outside the box.  Some of them were even outside the Universe.  But one of them was the perfect solution to Frank and Sarah’s problems!
If you’re expecting me to tell you what that solution is right here, I’m sorry.  I write mysteries, so I’m not giving away anything that might  spoil the book for you.  I will say that in MURDER IN CHELSEA you will finally get to see Frank Malloy propose to Sarah Brandt. Of course they also solve a couple murders and locate the birth parents of Sarah’s foster daughter into the bargain.  This is a mystery series after all! And to thank Dave for his help, I named a major character after him in MURDER IN CHELSEA.
So this is how a fellow writer rescued me, saving me from the wrath of frustrated readers!  You can see how he did it by reading MURDER IN CHELSEA, a May 2013 hardcover release from Berkley Prime Crime.  It’s also available in all electronic formats. Please let me know if you like the solution by contacting me though my website, www.victoriathompson.com or liking me on Facebook at Victoria Thompson Author or following me on Twitter @gaslightvt. Clear Ether! Read More

Reflections on Residency One 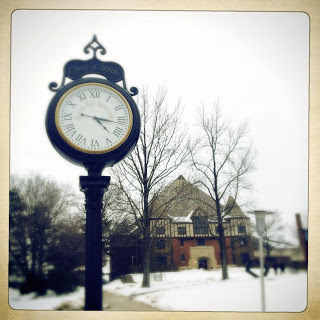 Last week I was at Seton Hill University for my first week of Residency for my Master of Fine Arts in Writing Popular Fiction.  Thanks to my classmate Jenni Spoon for letting my use this picture she took last week. Check out her blog!   I spent the weeks prior getting ready by reading a book that was assigned and doing critiques of ten other writer's work. I also prepared and sent in a ten-page piece to be critiqued.  I thought I was going to do my thesis on the work I had already done for Revelation Void, and that was what I edited for submission, but I'd been working on a new piece and during the course of the first few days I realized that piece was going to work out a lot better for me.   I have Clear Ether out to be critiqued, but I realize now that it is far from being ready for submission.  It's going to require a major overhaul to be in any kind of shape that I would be satisfied with.  So Clear Ether is going on the shelf for a bit, along with Revelation Void.  I'm cool with it. I have some good ideas to explore for both of these books, but I am switching my focus to my new story.  I have just over 15k words so far, but they need to be polished.  I am going about this novel in a completely new way for me.  I'm actually outlining it first.  I actually know how it ends already.  I'm also trying something new with the type of story. It is firmly grounded in SF, but this one will be a mystery. The working title is Requiem for Memory, but I'm not completely sold on it and it may change at some point.   The residency itself was incredible.  I met almost a hundred writers and they were all warm and welcoming.  It was like finding a family that you didn't know you had.  Everyone there wants to help you on your journey to become a better writer, from the faculty, the mentors, to the other students. I've never been in an environment like that and let me tell you, it was inspiring. We talked about writing, examined writing, critiqued writing, and actually did some writing.  When we weren't in class the talk was still centered around writing and what we were working on or what obstacles we'd encountered in the process.  We also had some fun, although I would classify talking about writing as fun, we had several dinners and social gatherings, just to get to know each other better.  This was deeper than networking, at least it felt like it to me. We were getting to know our cousins and uncles and aunts and nieces and nephews.  It honestly felt like that.  The week culminated with a graduation for the seniorist class, the "Sixes", as each class is referred to by it's residency number.  The graduation was surprisingly emotional.  One of the graduating students gave a wonderful recap of their time together and the things that made each of them special. It was heartwarming.   The facility is on the grounds of an old Nunnery.  Everyone refers to the place as Hogwarts, because of its old wood and brick design and the fact that it just looks like the inside of Hogwarts.  People get lost that have been attending there for years and claim the hallway moved. (again) There is a graveyard onsight and in the summer residency there is a late night ghost walk every year. Many people claim the place is haunted.   I am so motivated to do all things involved with the writing process.  I actually know I am going to finish this book and it's going to be good.  The SHUWPF (Seton Hill University Writing Popular Fiction) program has inspired me with that kind of confidence. I'm plotting out some nuances now and adding layers. I will fine tune the first 30 pages and send them out soon to my new writing partners, one is an English instructor at the collegiate level and the other a retired Marine Corps Colonel.  I am thrilled to be working with these wonderful people.  My mentor is David Bischoff, whose written more than 90 novels, most with a SF bent.  I feel very blessed.   The upperclassmen have been absolutely wonderful about taking us under their wing and showing us the ropes and making us feel welcome.  I love my fellow "Ones", who will be "Twos" in June. We now have our own private place online to help each other.  The first steps on this journey were better than I expected and I am ridiculously excited about our time yet to come.   Clear Ether!   Read More