Jane Ann McLachlan had this great idea for a blog challenge for the month of October to do one day for each of the first 25 years of your life.  This is the 3rd installment.
1966 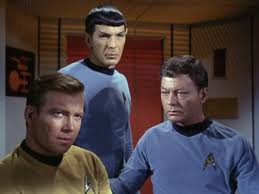 In 1966 the Dow hit a high of 995 but closes at 785
Inflation was at 3.01%
Average cost of a new house: $14,200
Average income: $6900
Gasoline: $0.32 a gallon
Movie ticket: $1.25
I’m two and I have a little brother now that is one.  This year is marked by increasing troop numbers in Vietnam and increasing protests across the country.
Rock’em Sock’em Robots are introduced.  I didn’t get one just yet, but I would eventually.  Great toy!
Soviets crash a rocket into Venus and have the first soft landing on the moon, unmanned.
Color television sets are becoming more popular.   There is a lot of great television shows that start this year.  Star Trek, Batman, The Man from U.N.C.L.E., The Monkeys, Rowan & Martin’s Laugh-In, and Dark Shadows.  Also, The Grinch Who Stole Christmas airs for the first time.  BBC's Dr. Who has it's first new Doctor, marking the first of many generation changes.
I have memories of moving into our new house where I spent the next 15 years of my life and that my mother still lives in.  It was right up the hill from my mother’s parents.  My grandfather built it.  They only move maybe 300 yards from the street below to the street above where my mother grew up.
The first time I was there the stairs to the walkout basement had no horizontal pieces, so I had to be carried down.  There was a mud room, literally, no floor.   It stands out for these two reasons.  I have memories of watching our black and white television as a family when my parents were still married to each other.  We always watched Laugh-in together, of all things.
I think my mother is SOOOO ready to move off of that hill.  It is a pain in the winter, but the road dead ends on the top of the hill maybe two more miles as it winds, but it was a great place to grow up.  On the back side of that hill it was wild forest and it opened into a pretty good sized city park where we spent a lot of time exploring, but that was still years away.  My world is still very small in 1966.
Clear Ether!
Read More